There is some basic and important info that i want to share with you.
Although information like that probably will appear at Ymirheim wiki someday i think its always nice to have some sort of little tips “here and there” which for instance you can use on your community Discord server. So you can grab one of those and use it whenever you need. In case of changes i will try to update this topic as often as possible. Of course if needed. During CBT, players will understand how big these numbers really are.

If you spot any mistakes or if you have some sort of suggestions about information that would be nice to see on the forums - please let me know.

I already pinned this one at my home guild Discord server. 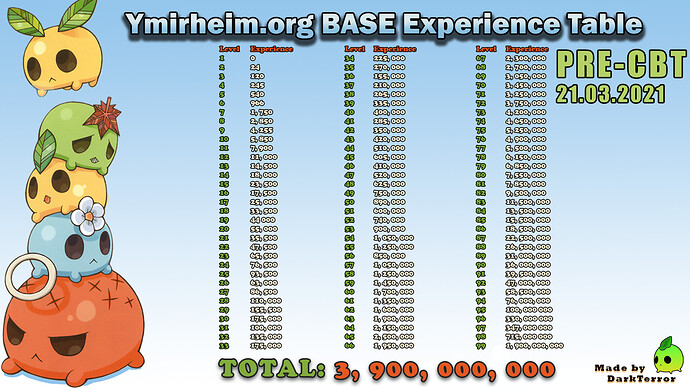 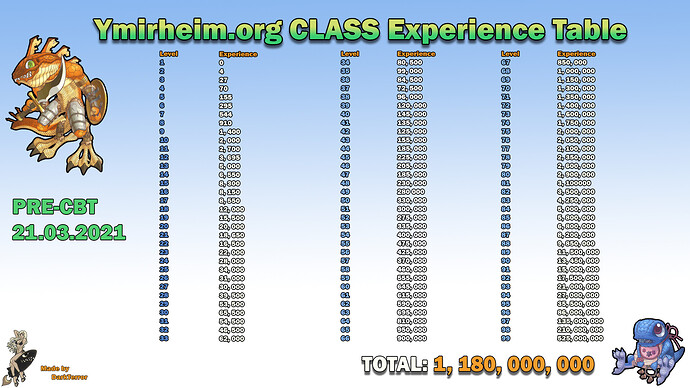 So if you are playing 30 Base level/45 Class level Hunter switching to Recruit will provide you with 30Base level/1 Class level Recruit which means you already have some Recruit skills and you actually good on stats because its 30 Base level.

First of all, in this case stats are going to be completely off, Hunter is probably using some sort of Dexterity(?) and Priest is all about Intellect(?). Probably there are some of passives and basic skill which makes you character actually playable in some scenarios even if stats and skill point are completely off. But also do not forget about your weapon is going to be with out any EXP which also means extra weakness to your newly switched class(well not exactly, we will discuss weapon EXP a bit later).

TO BE HONEST i like that system a lot. I’m a big fan of not obtaining everything by a blink of an eye. So if your playing 90 Level Hunter and suddenly you came up with decision about you actually need to level up your Priest to certain level to be able to use “that Priest skill” - yes, there is a whole untouched journey await for you. Blood, sweat and tears are included. Very nice! 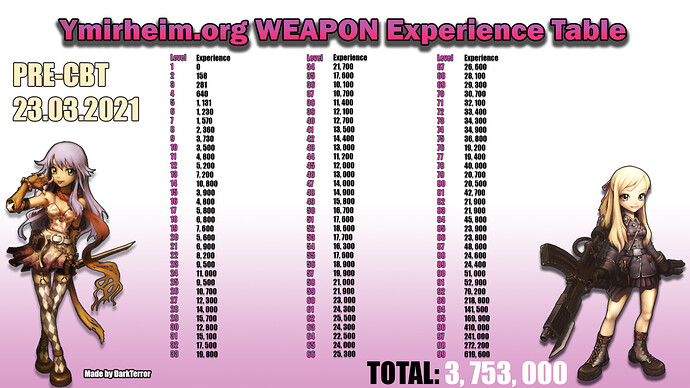 Hi everyone! Today is the day im going to finish my short run through the Ymirheim experience table.

I want to say BIG THANKS to Neris who is da real MVP and provided us with these numbers. Which is basically everything in this topic based on.

Okay, so first of all lets look at the numbers in Weapon Experience Table. As you can see those numbers are а joke compare to Class Experience/Base Experience Table numbers. Which, i assume, means that weapon levels gaining is not that slow. But probably there are some reason behind this.

As with KRO CBT3 and OBT, in order to level up a weapon, players had to visit a blacksmith and pay him some money(?).

Talking Ymirheim.org, probably, amount of money that blacksmith will be asking players to pay for weapon level increase is actually not that low. Paying for your weapon to level up might be another difficulty players had to progress through(?).

So, in order to level up a weapon you actually must have some Zeny(?).

Why is this system is actually good?
Because playing an old school mmo rpg means that your journey starts right after you created level 1 character. Your journey basically never ends because making your way through the character levels is already a gameplay. And that journey is pretty slow. Even if you hit your 99 that is not actually mean “you are done what that game”. There are some extra mechanics which you can use to make your character stronger. Like finding better gear and refining it.

Making your journey from level 1 to level 99 is actually a thing in old-school mmos. So this journey has to be balanced in some way. Monsters should be tough but loot should be valuable. And not less important in-game money should be valuable to.

Long story short you in-game character should live a very tough in-game life. Which makes you actually play the game, because there is always something to improve. " My gear is not that great, which makes monster hit me harder, my weapon is a joke which makes monster live longer, and because i always low on Zeny i cant afford a proper gear/weapon level/refine level/skill books/potions/food.

This is the only way the players actually start to identify themselves with their characters and love them. And also, after all the difficulties players and their characters been though being able to just settle in Prontera and start to chat is a huge joy.

All of these posts are just speculations. Except for numbers, numbers are correct(PRE-CBT dated period). At least if i’m not messed up.

I will post some graphs latter. So, we could actually see the difference in Base, Class and Weapon experience gaining. 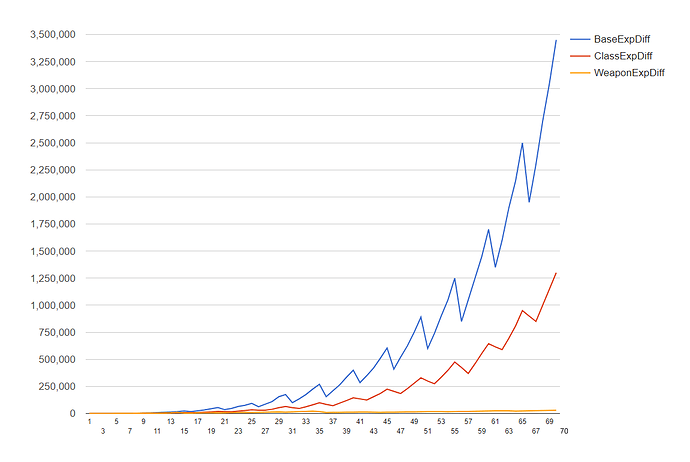 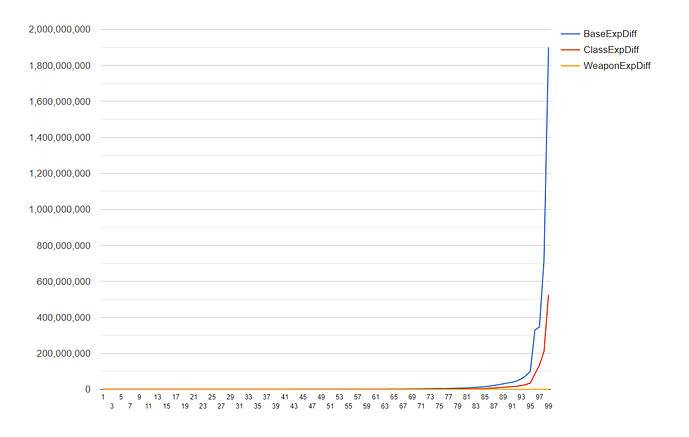