What is this suggestion related to (eg. Website / Launcher / The game itself / etc. ):
Game

Description:
It might be too late to suggest something like this, not sure, but here goes anyway:
Currently, all characters start with 1 in every stat, would it be possible to have customizable starting stats on character creation like in RO1? 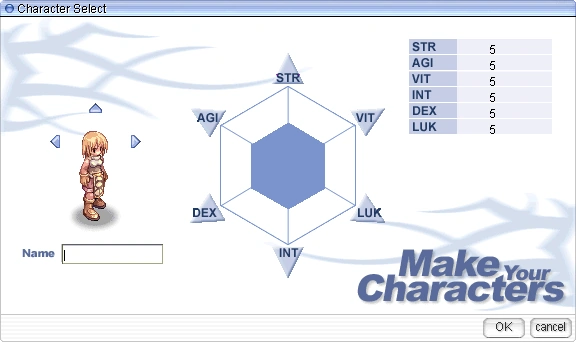 This could also potentially make the early combat experience on Lif Island a bit less tedious.
(Not sure about this though, other changes unrelated to this suggestion might be needed for that.)

Since all new characters start with 1 on all stats, I think giving extra points would be “too easy” in early game. Probably a 10 minutes one time use buff could be like you’re proposing without being too op.

That may have been true if this was CBT1, but since one of the recent patches that raised monster and player HP, the early combat on Lif Island has become a bit of a different story.

The patch is definitely an improvement for existing characters, but I personally think we need something like this for the early combat to make more sense.