"out of range" red color cursors

What is this suggestion related to (eg. Website / Launcher / The game itself / etc. ): Out of range cursors.

Description: As far as i know these are ro2gotw mouse cursor which indicates different actions and out of range indicators for these actions performed in red color. I noticed a couple more cursors during cbt1, i think i remember “gear” and “blade” cursors. One is for the interacting with an object action and another one is for the attack action. Those two had no out of range red indicator. But i think they should. Maybe there are more cursors that should have out of range red version. Not crucial so i made a suggestion instead of reporting a bug. 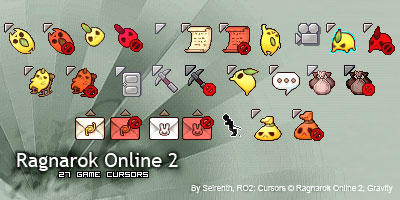 I think attack cursor which has no out of range version is okay because there is already out of range cursor for the skills. Also its okay because attack “blade” cursors as far as i remember also can be used like the moving to the target action which is cant be out of range by default. The blade cursor means you will attack the target doesnt matter if its in range or not. But for the gears, for example, the cursor should get an out-of-range version, unless using an object with a gear cursor makes the character move to the object in the same way as a blade cursor. For now its like the gears appears at any range but could be actually used only if standing near the object. Broom, boxes, e.t.c.