Greetings, today I’m making this thread to talk about the party system. 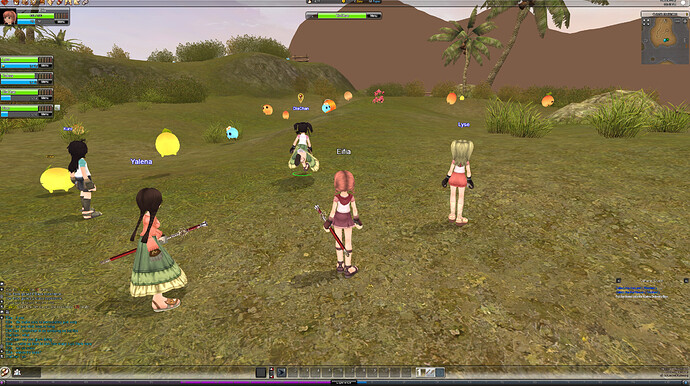 This thread will focus on the actual party system, the good and the bad so the point of this thread is to not spawn any disdain but to encourage changes for a better system. there are some general concerns during and on the conclusion of the test such as double hp of monsters not being worth as much xp so leveling is twice as slow. But this thread will not aim to discuss this but more focus on the actual system of partying.

Okay so first things, what is the party system and who benefits? In our test it started out as an attempt to quickly finish the Pui Pui and Kui Kui Gathering quest, I concluded a few things from this test.

Thankfully this went smooth but it did take longer than it usually would, I would say with me being much lower level I was the only one who benefited actually doing it this way. It is much faster to solo.

The random loot distribution works successfully but it does have some issues, that being that again everyone has to loot the corpse and its hard to tell who loots. The only improvement I can see is if we can making 1 person loot to distribute items across party opposed to having everyone cast Shift+ C

With that being said I did notice it was not as much of a pain having everyone loot, but there are potentials for lost loot if people forget to or lose track of bodies. The more people you have the more unfair it also becomes.

Our test was with 5 people so everyone was barely getting much loot, we even went into Ymir Cave where yield is suppose to be very high.

I have a few suggestions

We Ran a test in which we fought he Pui Pui boss together, aside from the stun being too high the fight went better than expected. Aggro transfer all over the place which is probably what helped survivability. This boss could use the Nerfis bat, but that is not what this thread is about, I made a thread about this boss else where on forums.

Over all party play

Party play is good it actually feels good it’s fun and made the experience overall more meaningful I had a lot of fun. XP per hour was better than soloing, although xp should be 2x more with the HP buff to everything (I’ll reserve these thoughts for another thread another time).

But overall I enjoyed my time. I think some suggestions that you should take into some serious consideration is maybe Revamping and making some Party Zones, Maybe special instances of existing zones designed for partying, where monsters hit a bit harder than normal but also have way more HP that give way more loot than usual including rare drops more often.

Maybe Lif Island the old starter dungeon can be a low level party zone where people can put their adventurer skills to the test, maybe give rock throw over to low level adventure and scale damage off con so early recruits can also join in on the fun, including pick up stone

Maybe make level 2 of ymir cave into a party monster zone where everything past the landslide is at those levels of damage and health with good drops.

There are many ideas to bounce off this but Id effectively just like bonus to party drops, small adjustments and improved to party random looting if possible and just things to benefit partying overall. The test went smooth aside from one major bug.

This bug is quite annoying, and there are a few workaround I can think of, so basically when you die the death window vanishes and there is no way to respawn without relogging, this effectively kicks the person out of the party because the game does not recognize offline players. This forced us to re-establish our group after the boss fight.

This bug needs to be addressed as it disrupts gameplay flow, a temporary workaround would be adding a respawn command /respawn or something like that, that calls the function as if you were dying and going back to the nearest Cattaya or Kafra, you could do /Kafra so people can choose to respawn to the area of their choosing, this would be a good work around until the bug can be completely fixed. You can make it so it only is callable when player status is set to death.

The test went successful, we caused a tornado of Havok all through Lighthouse island to Merman and into Ymir caves before ending. There are many improvements needed and I asked the people who participated in this test to try to and write their thoughts too. I will please ask that everyone provide constructive criticism and not to attack Neris for design choices as we wanna see improvements while allowing him to make the game the way he envisions.

Thank you very much for taking the time to read my thoughts on the matter.

**PS: please nerf chonchon I know you are good at swinging that bat, so smack these stupid flys while you are at it.

It took us a whole minute with all five of us to kill this thing. 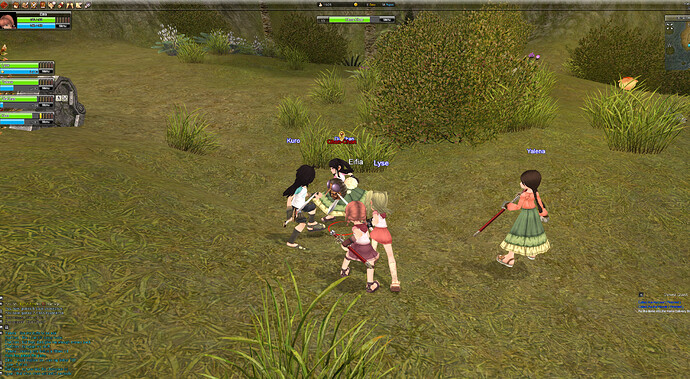