I believe this is the first status update post we do in English. We’re trying to post regular updates on what has been done and what we still have to do.

It’s been a while since we posted anything. Basically, all the efforts were focused on the preparation to the first closed beta test: the necessary basic content, preparation of the infrastructure and tons of bug fixes.

I was hoping that the beta would be up and running a long time ago, but I greatly overestimated my abilities. In addition, a lot of problems came up when it came time to tie every piece of the project together. Ymirheim consists of many smaller projects: the client, the game server, the authentication server, launcher, patch server, a client build system, etc., which in turn are divided into small sub-projects and subsystems… The things that seemed already completed and ready to launch, refused to work correctly with other parts of the project.

So, what has been done so far?

Quests and the story

The quest system has been reworked significantly, and zone instance system has been greatly improved.
We’ve implemented the first small introductory part of the story: when you first enter the game, you are now greeted with cutscenes and an initial quest, that introduces the player to the basics of the main story. For now, it’s basically in the form of a concept, mainly for testing all the client and server features involved in this quest (instances, dialogues, cutscenes, interactions with NPCs and objects on map, etc.). The main story quest will be greatly expanded to the launch of the open beta. 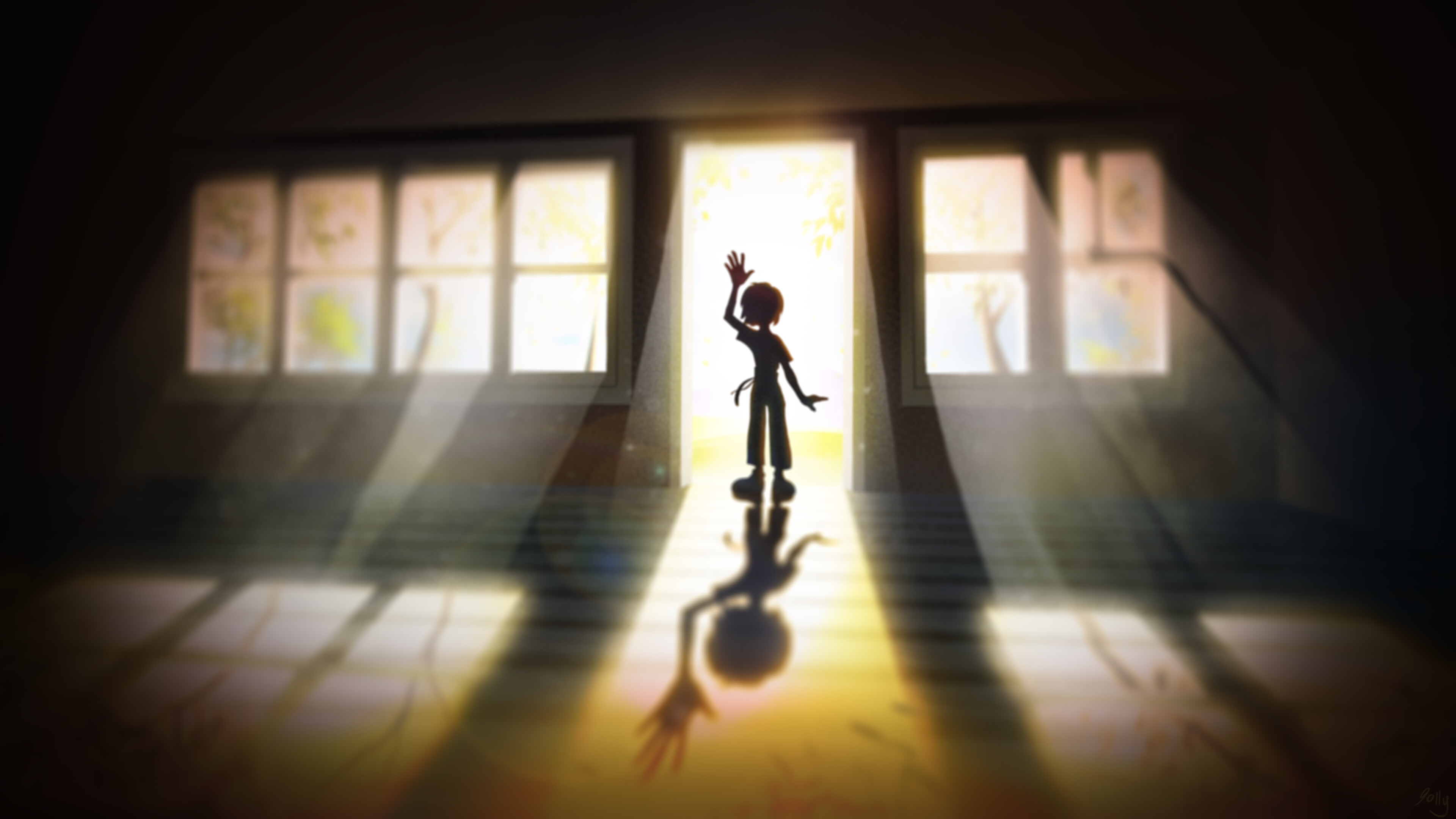 We had to make serious changes to the game’s dialog system to fully implement the planned quests: improved dialogue branching; implemented the ability of the NPC to interrupt each other’s dialogues; fixed numerous bugs; improved support for translations; improved (but, unfortunately, not yet fully implemented) keyboard control support and much more.

Reworked cutscene rendering system. In the original version of the game, all cutscenes were rendered in a 1024×600px rectangle, filling the rest of the screen with black. Now cutscenes are correctly displayed full screen for any aspect ratio, even for ultrawide screens.
We fixed tens of bugs there and implemented a missing functionality that was needed to implement a lot of neat features. 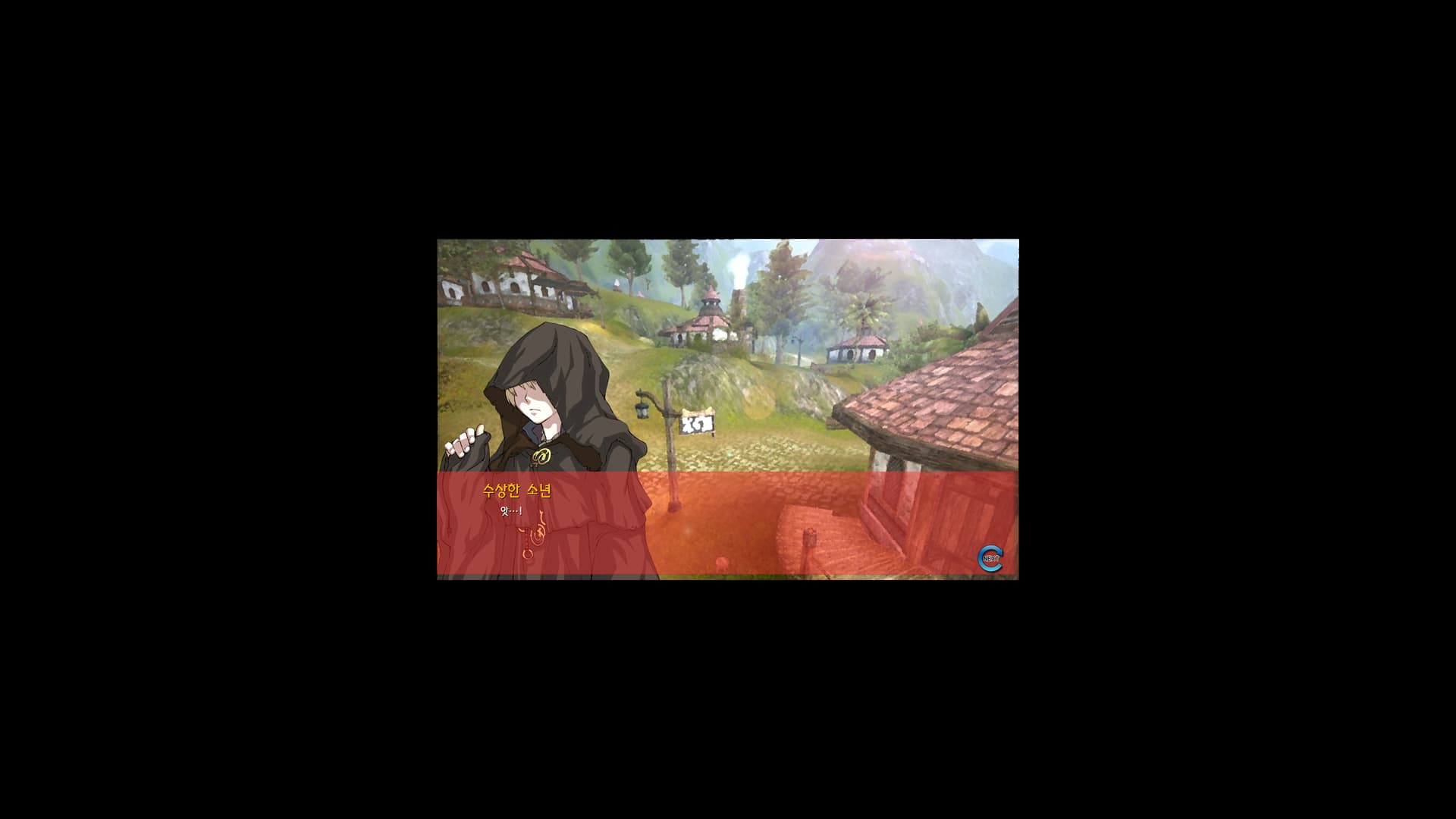 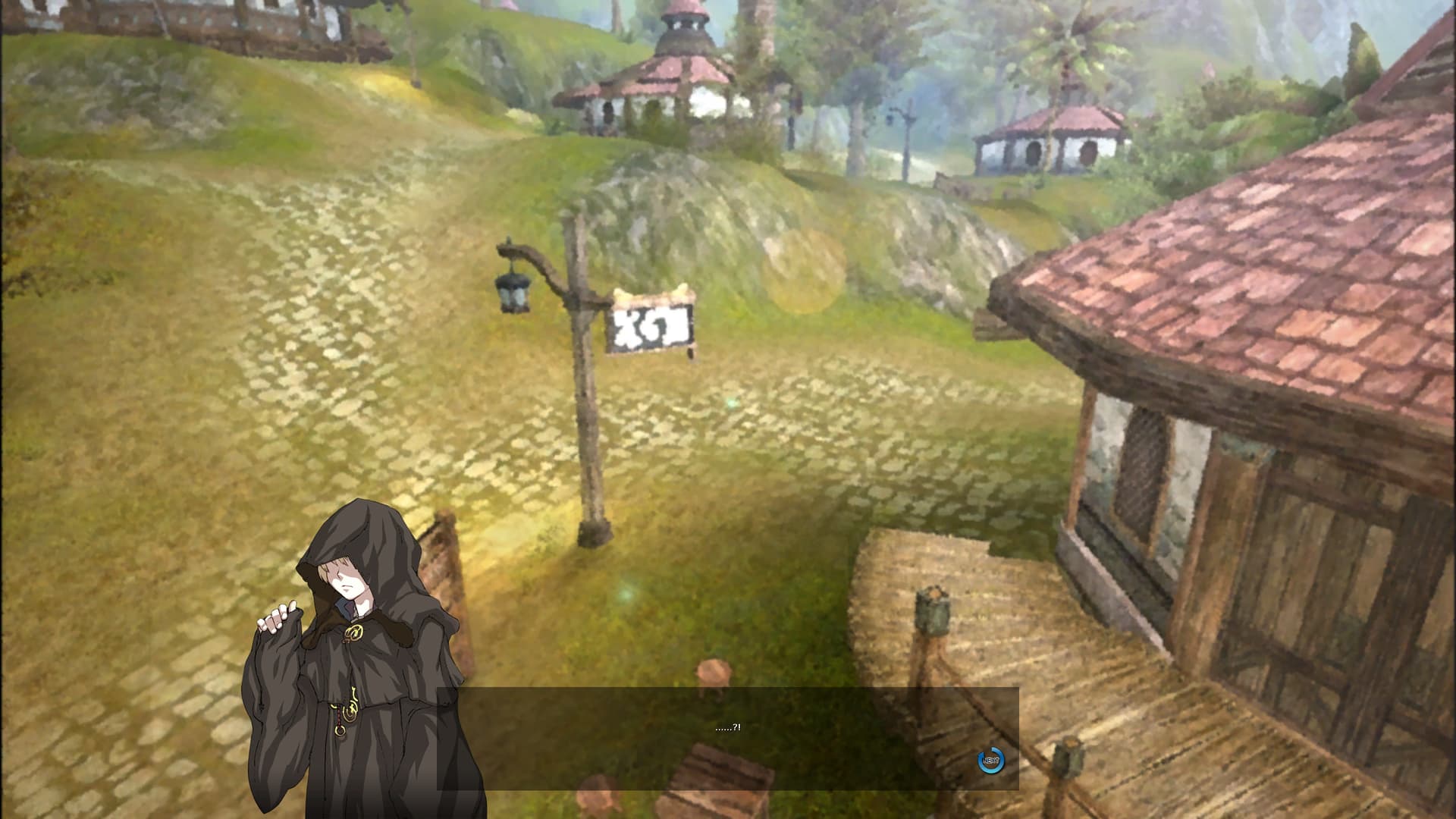 Alfonso and his dog 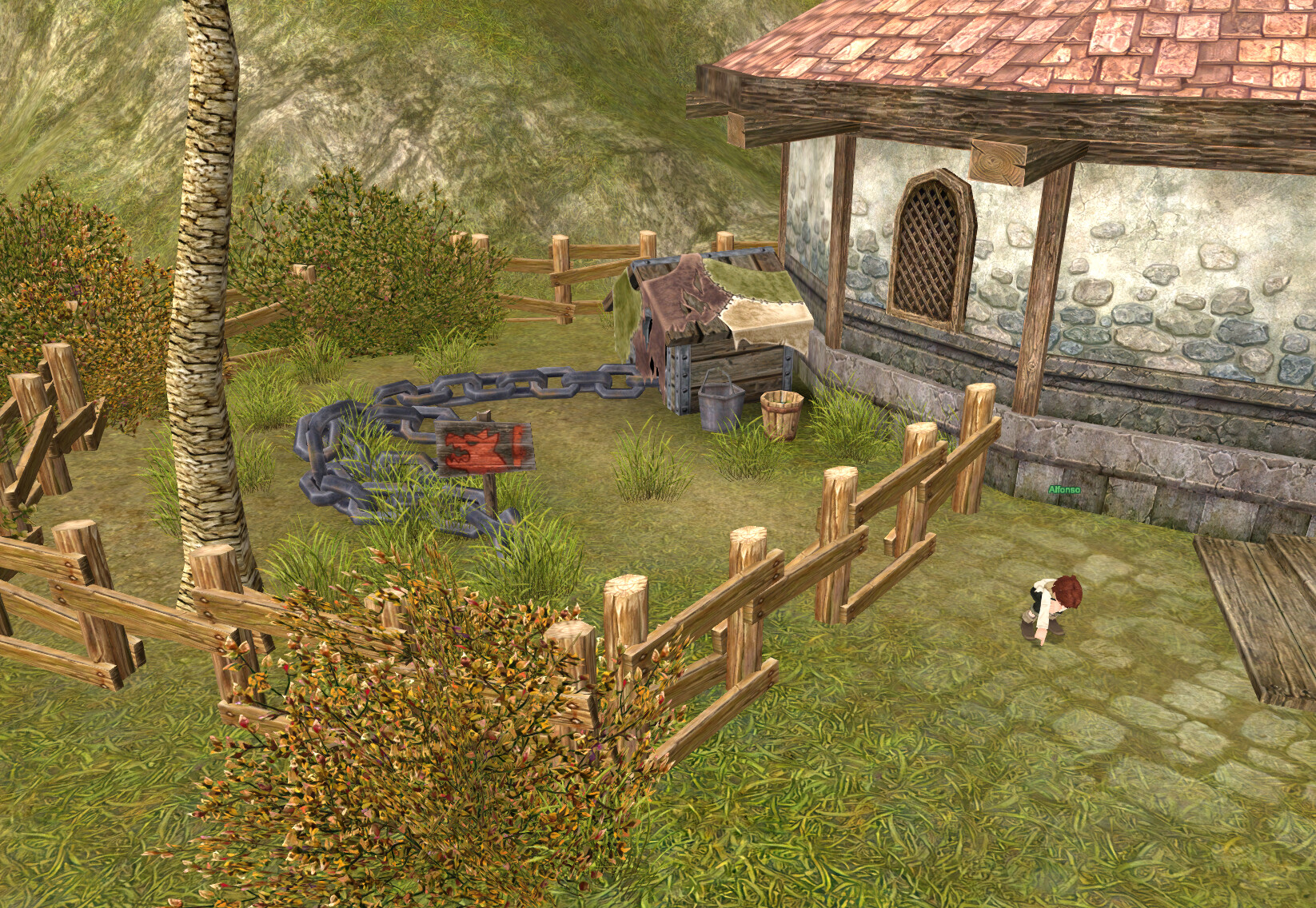 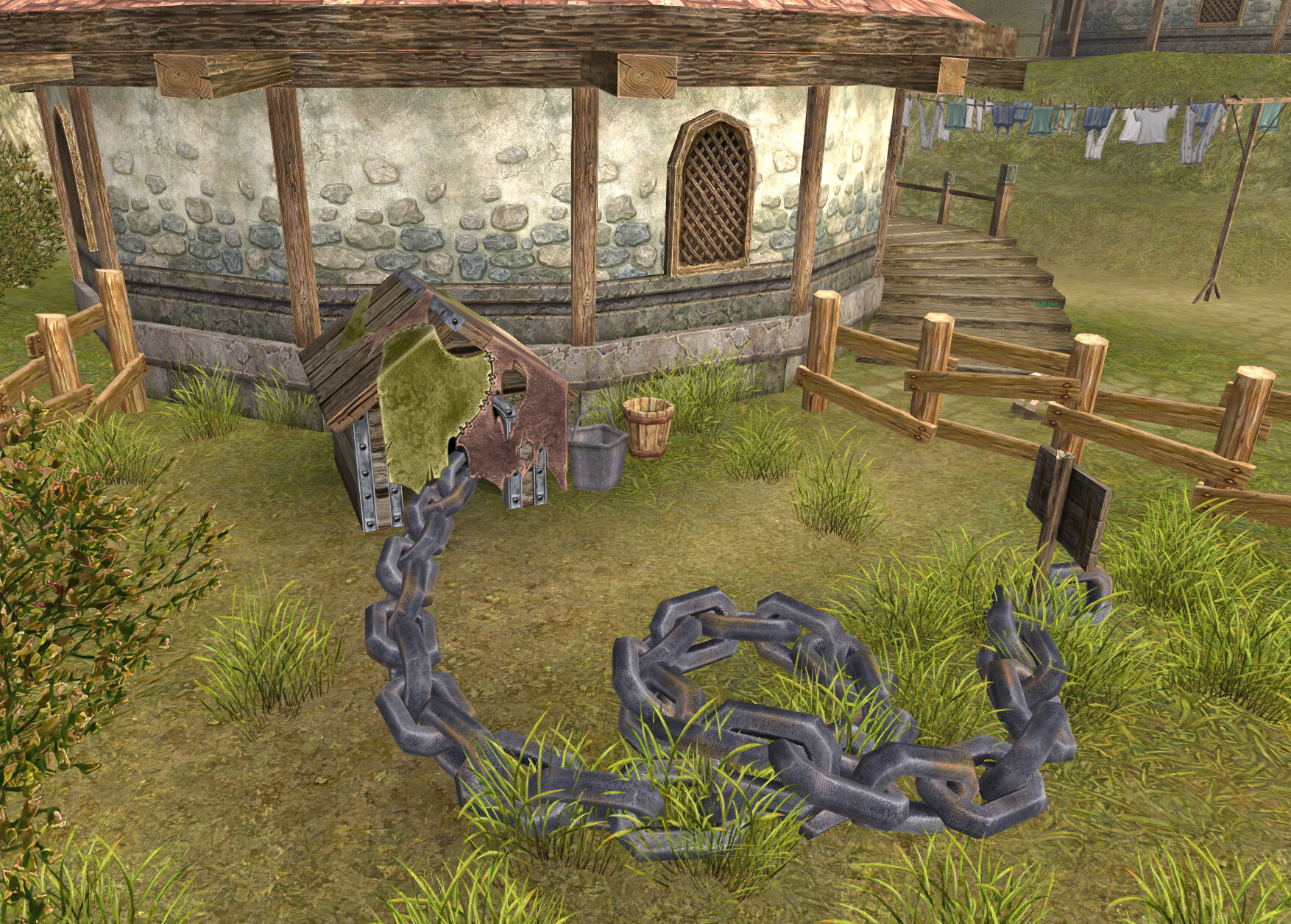 Great thanks to @RaviOlly for the complete implementation from the concept to the model! 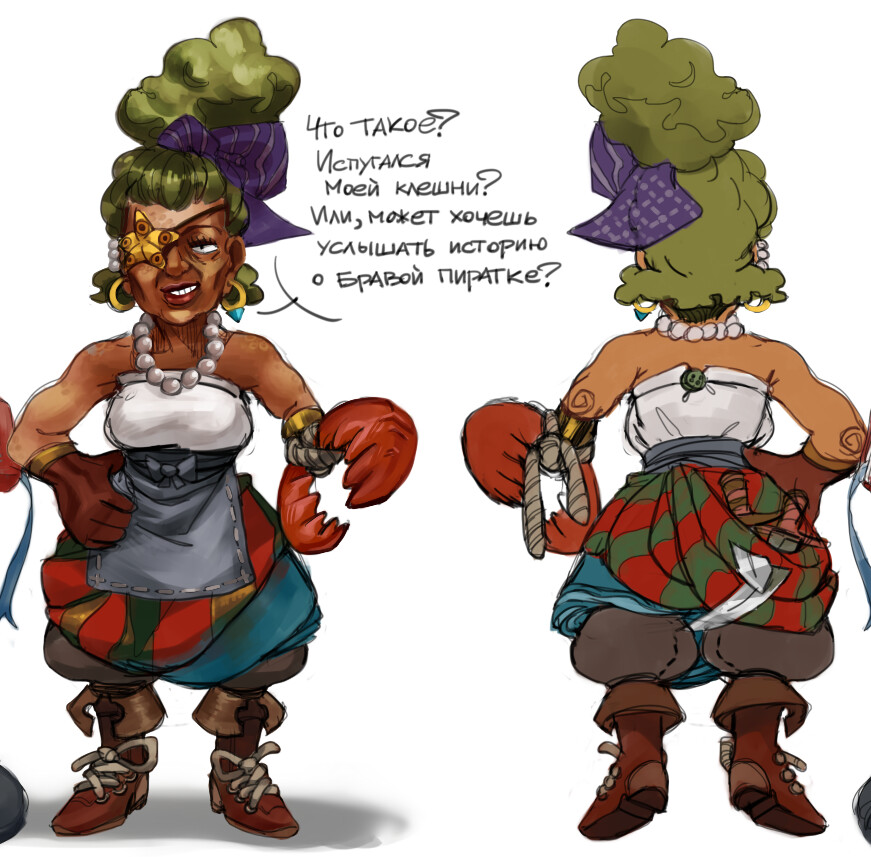 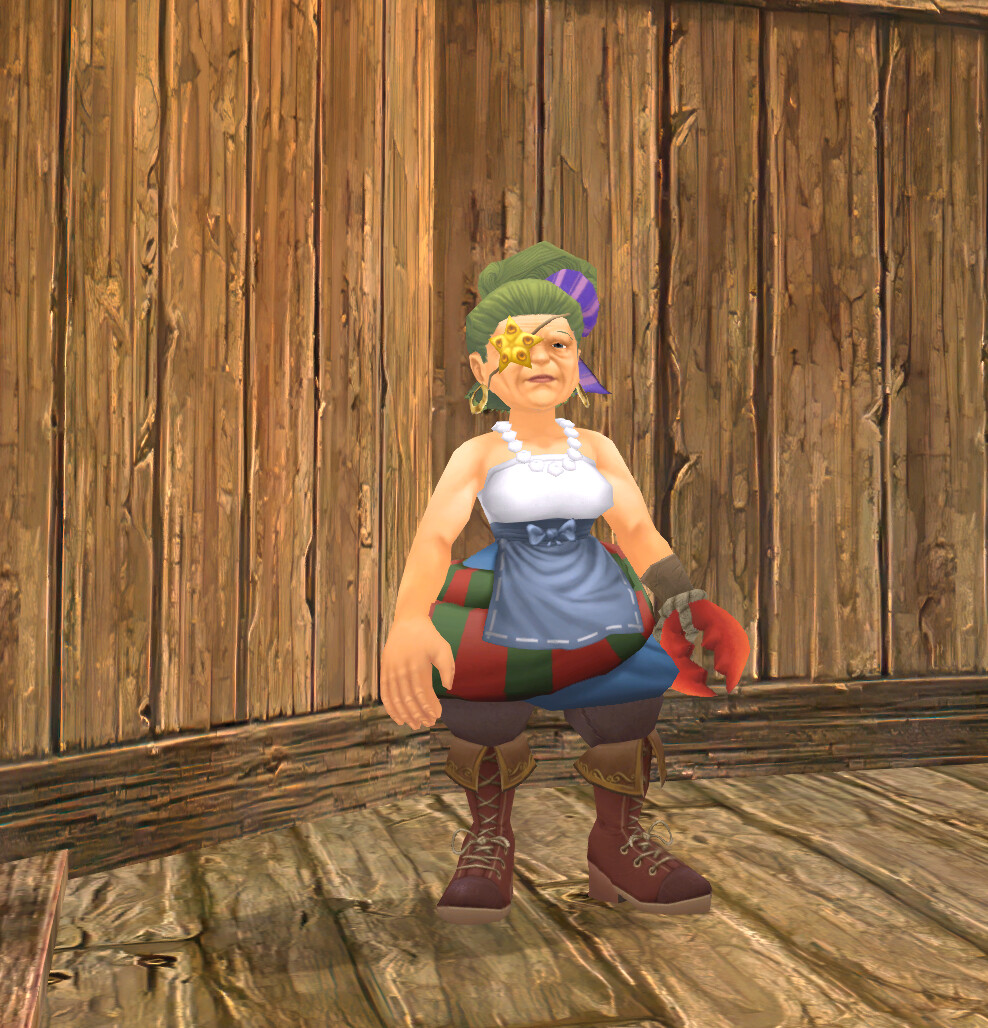 We’ve completely reworked the combat mechanics and fixed a huge number of problems. A set of base skills is implemented for each class.

Work in this direction has been going on for a very long time (for example, the concept of character classes was published at the very beginning of the project’s existence).
In preparation to the beta, a lot of planned things have been finally completed, affecting both the client and the server.
Now, during the beta test, we have to carefully balance all this, and without the help of the players, this would be an extremely difficult task.
Although, we still have not yet implemented two planned classes: the Hunter and the Minstrel. We still have a lot to do in terms of 3D design and animation to make them work.
Also, we’re preparing a new system of elemental attributes, which will affect most of the mechanics. It will be introduced into the game after we finish with the main balancing.

The AI system for monsters and NPCs has been improved, fixed a lot of problems with movement, attack, and use of skills. The spawn system also has been improved, which now takes into account the settings of zone instances and allows monsters (usually bosses) to summon their own escort.
Reworked the characteristics and skills of many monsters.
All the main spawn points of monsters around the world have been finalized, many locations are prepared for the introduction of instance dungeons (which will be introduced into the game later during the open beta).

We originally started as a Russian-speaking private server, but we’ve come a long way to became truly international project. Many have already noticed that we now have multilingual website, forums, discord server… But now we’re glad to announce that our project is fully localized into both Russian and English language, including the client, server, launcher, and all the game content from items and skills to NPC dialogues and the story.
Also, we are working on translating the project into other languages and providing an opportunity for anyone to take part in the localization of the project into their native language.

The eternal fight against bugs continues. To prepare for the CBT, we had to catch and fix a huge number of bugs (both inherited from Gravity and our own).

Of the most remarkable, it’s probably worth mentioning:

This time I have a specific date:

It is planned to run three short (from a couple of days to about a week) closed beta tests before launching the open beta. These three tests will focus on identifying critical issues in both the overall project infrastructure and individual subsystems.

This is NOT yet a finished “playable” version of the game, rather the opposite. Expect to see many problems, crashes, lack of content, imbalances. Also, beware that a complete wipe is possible at the end of the CBT. These tests are aimed at people who are ready to help the project in testing (since we cannot afford our own QA department). If you just want to play, I advise you to wait until the open beta.

More detailed information will be published in a separate post a little later. It’s already out!